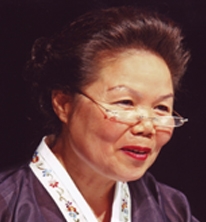 Dear friends and our dearly members,

It is a great honor for me, as President of Herbert Willi Society International, to welcome you and introduce our vision.

When I first met Herbert Willi, an Austrian composer from Montafon in Vorarlberg, in 2003, I was fascinated by Herbert’s openness and dedication to his music. From our short meeting during rehearsals while working at the Vienna Musikverein, a long-standing cooperation developed to an intensive exchange as a musical partner and as friends.

The compositions written by Herbert Willi were once described by a music critic as "sounding protocols of world experience". We also believe that is what makes Herbert Willi's music special. Not only does he compose, but he is music itself. He told us, “When I listen to myself, I always hear music. Everything during the day leaves their mark. My goal is to be freed from silence by holding still till a new form emerges and becomes recognizable in a visible or audible form.”

Herbert began to compose at the age of 25. He relates of act of creativity in his work and passion to trust, “allowing unintentional the sounds within silence”. He remarks it as “one of the most beautiful things [he] can imagine”. This remarkable gift has distinguished himself from other musicians, which catapulted the composer into a respectable member of the international music world within a few years. He writes commissioned works for the most renowned orchestras and collaborates with world-famous conductors and soloists.

The Herbert Willi Society International sees its mission far beyond the musical commitment. With his music, we strive to contribute to peaceful and better world. Currently, Herbert devotes himself to the idea of peace through his ten-movement orchestral piece named “DSONG” (pronounced as Jong), otherwise interpreted as the “Peace Anthem”

"With the world occurrence of Herbert Willi's music, we also want to make our contribution to peace and a better world."

On behalf of Herbert Willi Society International and as the president, I would like to take this opportunity to thank all friends, members and patrons who participate in our vision and welcome all those people who, as a new member, would like to support our organization.

"The future is not determined by speed, but by the effort and care that one commits and surrenders."